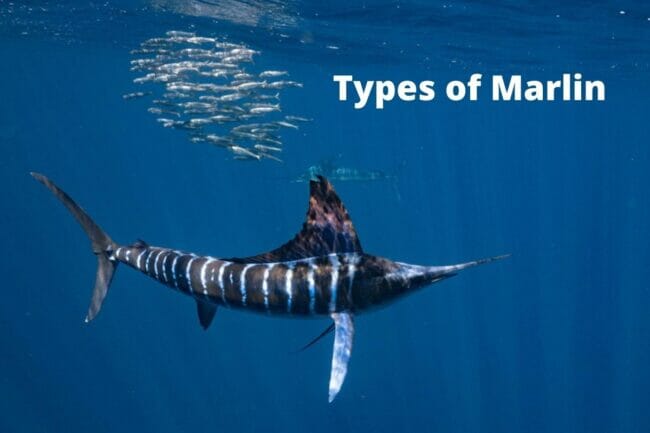 Due to the size and strength of the four marlin species (plus the Spearfish variations) and their relative rarity, some game fisherman consider marlin (also known as billfish) to be the pinnacle of offshore game fishing.

Fishing for marlin captivated the interest of certain sport anglers in the 1930s, when Ernest Hemingway, who fished for Atlantic blue marlin and white marlin in the Florida Keys, Bahamas, and Cuba, wrote extensively about the hunt and thrilled about the sports characteristics of these huge targets.

A lot of money is being poured into the building of private and charter billfishing boats to compete in the billfishing competition circuit these days. These are high-priced offshore boats with strongly propelled deep sea hulls.

They are often constructed to luxury standards and outfitted with several technology to make the life of the deep sea recreational angler easier, such as outriggers, flying bridges, and fighting seats, as well as cutting-edge fishfinders and navigation devices.

Marlin are members of the billfish family, which includes the following ten species:

The black marlin (Istiompax indica) is a species of marlin found in the Indian and Pacific Oceans’ tropical and subtropical zones.

Marlin are among the fastest fish, however their speeds are sometimes inflated in popular media, such as tales of speeds of more than 80mph.

According to recent study, a burst speed of 22 mph is close to the maximum rate. Black marlin is a commercially fished game fish as well as a highly sought game fish.

When compared to striped or white marlins and sailfish, black marlins are more substantial. They have a shorter beak as well as a rounder, lower dorsal fin.

Black marlin may be differentiated from all other marlin species by their inflexible pectoral fins, which are unable to be forced flat against their sides, even at a weight of roughly 68 kilograms (150 lb), but can be angled farther backwards for less drag.

The Atlantic blue marlin (Makaira nigricans) is a marlin species found only in the Atlantic Ocean.

It is closely related fish and sometimes regarded conspecific with the Indo-Pacific blue marlin, which is often simply referred to as blue marlin. Both species are still considered separate by some experts.

The Atlantic blue marlin (hereinafter, blue marlin) feeds on a diverse range of creatures near the water’s surface. It uses its bill to shock, wound, or kill fish or other prey while knifing through a school, then returns to consume the injured or stunned fish.

The marlin is a popular sport fish. Its flesh is economically attractive in particular areas because to its comparatively high fat content.

Blue marlin may be found in the Atlantic Ocean’s tropical and subtropical seas. The blue marlin is a bluewater fish that spends the most of its life in the open sea, far from shore.

It preys on a broad range of marine creatures, typically near the surface, and often uses its bill to shock or harm its prey. Females may weigh up to four times as much as males. The greatest reported weight is 818 kg (1,803 lb), while the maximum length is 5 m. (16.4 ft).

Anglers appreciate them as a desirable game fish, and commercial fishers capture them both as a directed catch and as bycatch in huge industrial tuna fisheries.

The IUCN lists blue marlin as an endangered species owing to overfishing, notably in international seas off the coast of Portugal, where they migrate to reproduce in June/July.

Spearfish (Tetrapturus) is a genus of marlins found worldwide in tropical and subtropical waters.

The Longbill Spearfish (Tetrapturus pfluegeri) is a marlin species found in the Atlantic Ocean above the thermocline in open areas between 40°N and 35°S.

This species may grow to a maximum length of 254 cm (100 in) FL and a maximum weight of 58 kg (128 lb). It eats pelagic species including needlefish, tuna, and jack, as well as squids. They reproduce once a year.

From above, the longbill spearfish has a blueish black hue, with silvery-white and brown stripes on the flanks. The pectorals are dark blue, while the dorsal fins are blackish-brown.

The Mediterranean Spearfish (Tetrapturus belone) is a marlin species unique to the Mediterranean Sea, where it is most frequent in Italy, however there is a possible record of one collected off Madeira.

The Soundscale Spearfish (Tetrapturus georgii) is a type of marlin found in the eastern Atlantic Ocean, from Portugal to Madeira, the Canary Islands to northern Africa, and the western Mediterranean Sea to Sicily.

It’s possible that it’s more prevalent than previously thought. It is said to live in open seas. This species may grow to be 184 centimetres (72 in) long FL, with the biggest known fish weighing 21.5 kilograms (47 lb).

The Shortbill Spearfish (Tetrapturus angustirostris), also known as the short-nosed spearfish, is a species of marlin endemic to the Indian and Pacific oceans, with sporadic occurrences from the Atlantic.

This species is found in open waters near the surface. This species may grow to be 230 cm (91 in) long, although most do not surpass 190 cm (75 in). This species’ largest reported weight is 52 kg (115 lb). It is of limited commercial value and is also a game fish.

Short bill spearfish have a thin frame and a blue body that is silver below. Shortbills have a very short bill that extends from their upper jaw.

The striped marlin (Kajikia audax) is a species of marlin found near the surface in tropical to temperate Indo-Pacific waters. It is a popular commercial and game fish, with a record weight of over 200 kg (440 lb) and a maximum length of 4.2 m (in 1982). (13.8 ft).

The striped marlin is a predator that hunts throughout the day in the top 100 meters or more of the water column, frequently close to the surface. Sardines are one of their main prey.

The White Marlin (Kajikia albida), commonly known as the Atlantic white marlin, marlin, or skilligalee, is a species of billfish found in the tropical and subtropical Atlantic Ocean’s epipelagic zone.

Even while white marlin may be found in areas of water more than 100 meters deep, they prefer to remain near the surface.

White marlin have been seen along banks, shoals, and canyons, although they are not restricted to those areas. They like warm surface temperatures of more than 22 degrees Celsius.

Close external inspection may be used to distinguish between the two species. Roundscale spearfish having a large, round front end to their scales, as the name implies. On the posterior portion of the scale, white marlin scales are more stiff and rounded.